Hormone Spikes and Plunges in Men Can Be A Wild Ride!

They drive the formation of our personality and have more to do with its ongoing development and thought process than any other biological process—influencing our intentions in each and every stage of our life. 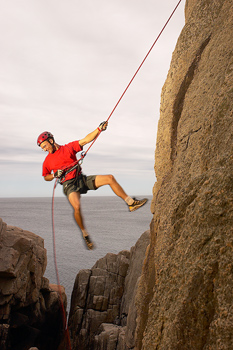 Dads, husbands, sons, and grand-dads go through a hormonal shift every 7-10 years—at any age, being aware of these changes can provide a family with the tools to survive the roller-coaster ride.
The potential for early detection may help avoid lengthy depressions, chaotic behaviors, or a disoriented sense of self. With this awareness, the family can remain cohesive during these changes and the aftermath. Our hormone levels change as we age and there is no need for dread when you are conscious, aware, and awake.
Being asleep is to languish and suffer unnecessarily by believing that hormonal changes aren't part of how you are feeling. No longer can we believe women are the only ones going through upheaval.

The anguish of male hormonal cycles.

Many boys and men are not easily transitioning into each successive stage of development.  The result is internal anguish and external disharmony in the family unit. Though natural and part of human development, each cycle, can be traumatic and isolating. Mindset matters at least as much as bodily changes.
Do you know the male living in your house?  Do women really know what it is like for a man today? Once a new stage of development has begun, personality changes can occur. You may recognize a new persona emerging during or after any one of these stages.
Hormonal cycles have characteristics in common.  But they are all formative, producing moments of anguish, awkwardness, frustration, and disorientation.  The opportunity is for social support to be aware that the transformation has occurred. It is at this time and place that YOU can make the difference in how the individual is supported in the integration of the changes.  When healthy support is given and available,  the individual emerges with a new capacity. When support is not given or is unhealthy, the individual suffers from the changes alone.
Thomas Joiner, author of Lonely at the Top: The High Cost of Men’s Success, calls men “the lonely sex.”  And he points out that it gets worse as we age.  “Men’s main problem is not self-loathing, stupidity, greed, or any of the legions of other things they’re accused of,” says Joiner. The problem, instead, is loneliness; as they age, they gradually lose contact with friends and family, and here’s the important part, they don’t replenish them.  As a result, they turn to affairs, alcohol, and other self-destructive behaviors. Sadly, millions of men suffer untreated depression.
Hormonal cycles will happen to you, whether you want them or not.  Acceptance is the door you can choose to open. There is no way to slow down or speed up the process.  It happens to everyone, so gracefully accept it as it arrives.  It will happen anyway!

While each stage is fundamentally crucial, each is distinct in the targeted changes that will unfold.   For example, puberty is a crucial time in the development of the capacity for adult intimacy.  Unfortunately, males are short-changed in critical areas that need support.  Pushed into the direction of "doing" their life, boys learn quickly to not express their emotions.  Grades, school, are you a jock on the football team. These are the acceptable topics that a boy is allowed.

On the surface, While mainstream culture notices the voice cracking spontaneously outside of his control, what is often missed by his support structure is that the voice cracking belies an internal world that is cracking just as often and its outcome is in the hands of all of us.

As anxiety-provoking as puberty can be naturally, when we super-impose the good and bad of modern society into the youth's environment, we get a new outcome.  Modern society has modern health issues. Fast food, inattention to developmental needs, environmental toxins.  The fast-paced society produces overstimulated or understimulated personalities.  Testing for these conditions is a valuable option for the modern family.  As an alternative to being diagnosed with ADHD, ADD, depression, teen suicide, perhaps stepping back one step and looking at our nature can be the best solution a parent can offer.

A large portion of the male group in their 16-26 age range have a hormonal need to nest, despite pop culture and the millions of pages of scientific journals that infer or explicitly state otherwise. Did you know that men at that age want a committed partner, children, and to settle down?  Sounds like fiction doesn't it?  By then, the young man has spent roughly 10 years talking about "school, jobs, career, money, sex" -- while he distances himself from emotional expression.  Nature cracks his psyche with the occasional dream of how it could be, and he longs for it though he doesn't speak of it.

"Men ALive" writer, Jed Diamond, PhD., LCSW says: "Although most of us now accept that women and men have “male” and “female” hormones, it is more difficult to accept that men also have hormonal cycles".

According to endocrinologist Dr. Estelle Ramey, a professor at Georgetown University Medical School, “The evidence of them may be less dramatic, but the monthly changes are no less real.” But if men do have hormonal cycles, why don’t they recognize or talk about them? Dr. Ramey believes it is because men respond to their cycles in a way that is a function of their “culturally acquired self-image. They deny them.” This denial is the main reason she believes the largely male scientific and medical communities have taken so long to recognize hormonal cycles in men.

I suspect that we’d all be better off if we recognized that men, like women, have our own challenges dealing with our hormones. The great philosophers tell us to “know thyself.” Knowing and accepting our hormonal cycles may be the most important knowledge we can have about what it means to be a man.

Men Are The Producers

Ambitious, driven, successful.  The productive years for men are 27-42.  For men that are lucky to have found their passion or right career, these are the peak years devoting 100% of their energy to producing.  Where do they get the time and energy they need for family and friends?  They borrow from their hormonal system. He may be in a work environment that requires traveling, long hours, intense mental focus.  Each of these has a consequence on the hormones because they impact diet, daily routine, sleep, and exercise. This is a good time to test everything but especially cortisol, cardio, and IGF-1.

The Midlife Crisis has its roots in Hormones

Around the age of 45-50 men often hit that "mid-life crisis" and everything starts to look like it's time to trade it in; car, career, partner, kids  This emotional reaction has physiological roots.. Rather than seeking a boost from a new sports car, or a new partner, most men would be better served by simple hormone and neurotransmitter testing. Testing can uncover potentially low testosterone levels, which may be the source of depression or dissatisfaction.

In her groundbreaking book, Gail Sheehy says" unlike women, '' most men don't recognize -- or refuse to accept -- that they continue to go through different stages throughout their adult lives.'' Men notoriously don't like to ask directions, discuss their problems, ''read books about their health or stop to re-examine where they have been in the journey of their lives.''   Sheehy claims that men are more stressed by emotion than women and even flooded by dangerous chemicals so that they have to stonewall or withdraw from the intimate discussion as an innate defense mechanism. John Gottman, a psychologist at the University of Washington, goes so far as to say that ''it may be more desirable biologically for women to get issues aired and settled and for men to avoid them.''

Remember the men in your life and help them understand the importance of planning for the spikes and plunges of natural hormone cycles that occur in every decade of a man's life.

His Advanced Plus Hormone Profile