A commonly overlooked hormone is DHEA. It is an often misunderstood, yet very important part of the whole hormonal picture. It is a key player in achieving hormone balance.

DHEA (Dehydroepiandrosterone) is the most common steroid hormone in the body and is mainly produced by the adrenal glands, but smaller amounts are made elsewhere in the body. 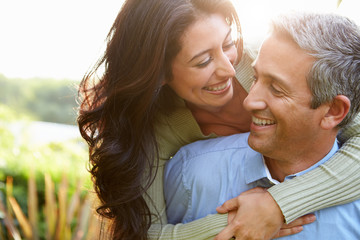 It is metabolized from pregnenolone and is a precursor to the sex hormones: namely testosterone, but also the estrogens. Both women and men produce testosterone and estrogen, just in different amounts.

What are some symptoms of irregular DHEA production?

Why is it important to test?

Testing DHEA is a valuable part of dealing hormone imbalance. The result will reflect how the adrenal glands are functioning. A baseline DHEA level is important to know before supplementation, as DHEA can raise testosterone and estrogen levels due to its precursor status. Female patients with low levels of DHEA and sex hormones having complaints of symptoms like low libido will be well served on DHEA supplements, as they convert DHEA to testosterone more readily than men.

DHEA-S is the sulfated form of DHEA. Our labs test DHEA-S because it is more consistent and has a longer biological half-life. DHEA-S levels run in tandem to DHEA, and correlate very closely with clinical symptoms of androgen deficiency and excess.

While DHEA is often seen in applications and discussions of anti-aging and adrenal function, it has also been found to be involved in many other processes in the body. Studies have shown that DHEA displays significant positive results in areas such as the regulation of insulin, cortisol and immune activities, cardiovascular protection, anti-dementia, bone stimulation, antibacterial activities, energy, and well being.

The potential promise of future applications of this hormone is leaking into the mainstream and increasing awareness, although not always with the best outcome. A simple internet search yields hundreds of sites touting the “magical" properties of DHEA, especially the feature of improving one’s feeling of well being. What they don’t say, of course, is that unmonitored use of this hormone is hazardous. As mentioned above, DHEA can raise estrogen levels. This is not something a patient should do on their own. Someone who is feeling “blue" and has perfectly normal levels of DHEA and testosterone may start supplementing with over the counter DHEA and create a whole new set of problems by throwing their hormones out of balance. It is important to look at the whole picture when treating hormone imbalances, and DHEA is a critical part of that process.

DHEA is often thought of as an adrenal hormone, which it is, however, DHEA is also made in the ovaries. When we measure DHEA we are eliciting information about both the adrenal glands and the ovaries. This is particularly important when DHEA levels are high. High levels of DHEA can mean that the adrenal glands are increasing DHEA production on response to stress or high glucose levels, or that the ovaries are increasing the production of DHEA as part of the PCOS cascade. High levels of DHEA are often seen years before a female develops metabolic syndrome and should be used as a risk factor marker for insulin resistance. 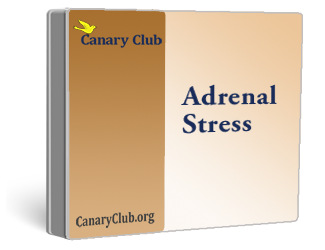 Low levels of DHEA are seen in evolving “Adrenal Fatigue" (hypoadrenia). As acute stress becomes more chronic, the constant demand by the body for adrenal gland hormones begins to wear out the adrenal glands and DHEA and cortisol levels fall. It is for this reason that DHEA is often measured in combination with cortisol levels. Cortisol is a hormone produced by the adrenal glands in response to stress and blood sugar levels. Cortisol secretion has a diurnal rhythm. Normal cortisol levels should be highest one hour after waking in the morning and drop gradually throughout the day. Measuring the diurnal rhythm with 4 cortisol levels throughout the day gives a very accurate measure of adrenal gland function and their ability to cope with stress. Adrenal fatigue occurs in stages. The stage at which a patient is at can be determined by looking at the diurnal cortisol graph and DHEA levels. Symptoms of evolving adrenal gland fatigue include fatigue, sleep issues, inability to cope with stress, anxiety, nervousness, irritability, and allergies.

Hypothalamic Pituitary Axis (HPA) Dysregulation is due to chronic stress with the resultant excess cortisol production and down-regulation of cortisol receptors in the hypothalamus. In other words, the negative feedback loop that normally shuts down the production of ACTH release is blunted and cortisol production by the adrenal glands is uncontrolled. If this continues, hypoadrenia always evolves. The symptoms of HPA and hypoadrenia are essentially identical but salivary testing easily distinguishes the two. This is crucially important as treatment of each can be very different.

Measuring cortisol and DHEA levels also help diagnose complex diseases such as Addison’s Disease and Cushing’s Syndrome. Addison's disease occurs when the adrenal glands do not produce enough of the hormones cortisol and DHEA. The disease is also called adrenal insufficiency, or hypocortisolism. It has, however, no relationship to end stages of “adrenal gland fatigue" described above. The two illnesses have very different mechanisms of action. Most cases of Addison’s disease are caused by autoimmune destruction of the adrenal cortex. Symptoms include chronic fatigue, weight loss, loss of appetite, muscle weakness, and hyperpigmentation of the skin.

Cushing’s Syndrome results in excessive production of cortisol by the adrenal glands. Symptoms include rapid weight gain of the face, trunk, and back of the neck, hirsutism (excess hair), depression, anxiety and panic attacks.

Canary Club testing puts your health in your own hands first.

Compare our at home hormone test options and get on the road to better health today!

Average delivery times do not include weekends or holidays.

Requests for overnight delivery must be received by 11 am Pacific Time to ship the same day, and do not include weekends or holidays, and may not be available in all areas.

Orders typically ship within two business days but date & time of order shipment or delivery is not guaranteed.

Average delivery times do not include weekends or holidays

International shipping is $35.00 and you are responsible for your own return.

It is the receiver's responsibility to pay any sales and/or country taxes, international import fees, and customs duties.