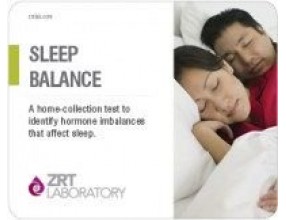 Reveals whether hormones are your hidden barrier to restful sleep.  Sleep Balance Profile pinpoints and measures both cortisol and melatonin at 4 times throughout a day – providing an accurate 24-hour sleep-wake pattern evaluation.

The industry’s most accurate sleep-wake cycle testing reveals whether hormones are your hidden barrier to restful sleep. This test measures both cortisol and melatonin levels at 4 time points throughout the day – providing a true 24-hour sleep/wake pattern.

Melatonin, a hormone produced by the pineal gland during the dark phase of the light/dark cycle, regulates the sleep/wake cycle and the “biological clock”. However, it is now known also to have free radical scavenging and antioxidant properties and a significant role in stimulating the immune system to protect against the growth of abnormal tissues such as breast and prostate cancers.

Cortisol, a hormone produced by the adrenal glands in response to stress, is also known for its diurnal variation linked to the sleep/wake cycle. It has the opposite pattern to melatonin production in a healthy individual. When the cortisol pattern is disrupted, often as a result of excessive stress, it can cause high nighttime cortisol. This leads to more light exposure at night, lowering levels of melatonin.


web: Your Sleep Disturbances May Be Hormone Related

The following is available as an add-on to the Sleep Balance Profile: