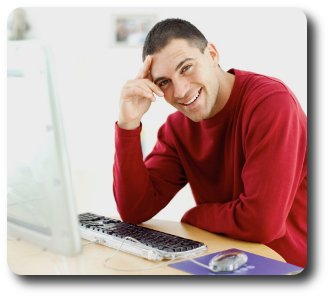 As men get older they often become moodier.

Sometimes they become withdrawn and complain that what used to be a small pleasure in life now gives them no joy. Just as women experience the onset of menopause as they age, men can experience a similar change called andropause...

Male menopause, also known as andropause, somatopause and men’pause, is most often ignored by conventional medicine yet it affects the majority of men. Declining testosterone levels are commonly seen in men beginning in the fourth decade of life. This is analogous to menopause in women when ovarian production of estrogens and progesterone begins to decline. Undetected yet equally as powerful, a male’s hormonal status changes dramatically during this time. The production of testosterone by testicles declines at exactly the same time as the amount of protein that binds testosterone (sex hormone binding globulin) increases. This may seriously lower the amount of free testosterone available to the target organs. Unless the level of free testosterone is sought and assessed, a man’s symptoms are often ignored and he is blown off as having a "mid-life crisis", or his physician diagnoses depression and an antidepressant is prescribed.

Testosterone is an important anabolic hormone in men. It plays many roles in maintaining both physical and mental health by increasing energy, preventing fatigue, maintaining normal sex drive, and increasing strength of structural tissues.

Testosterone deficiency is often associated with symptoms such as:

Insufficient testosterone is not the only hormone imbalance that a man experiences. An excess amount of estradiol relative to progesterone is routinely discovered in the saliva during andropause, which is known to be associated with prostate gland diseases such as benign prostatic hypertrophy (BPH) and prostate gland cancer.