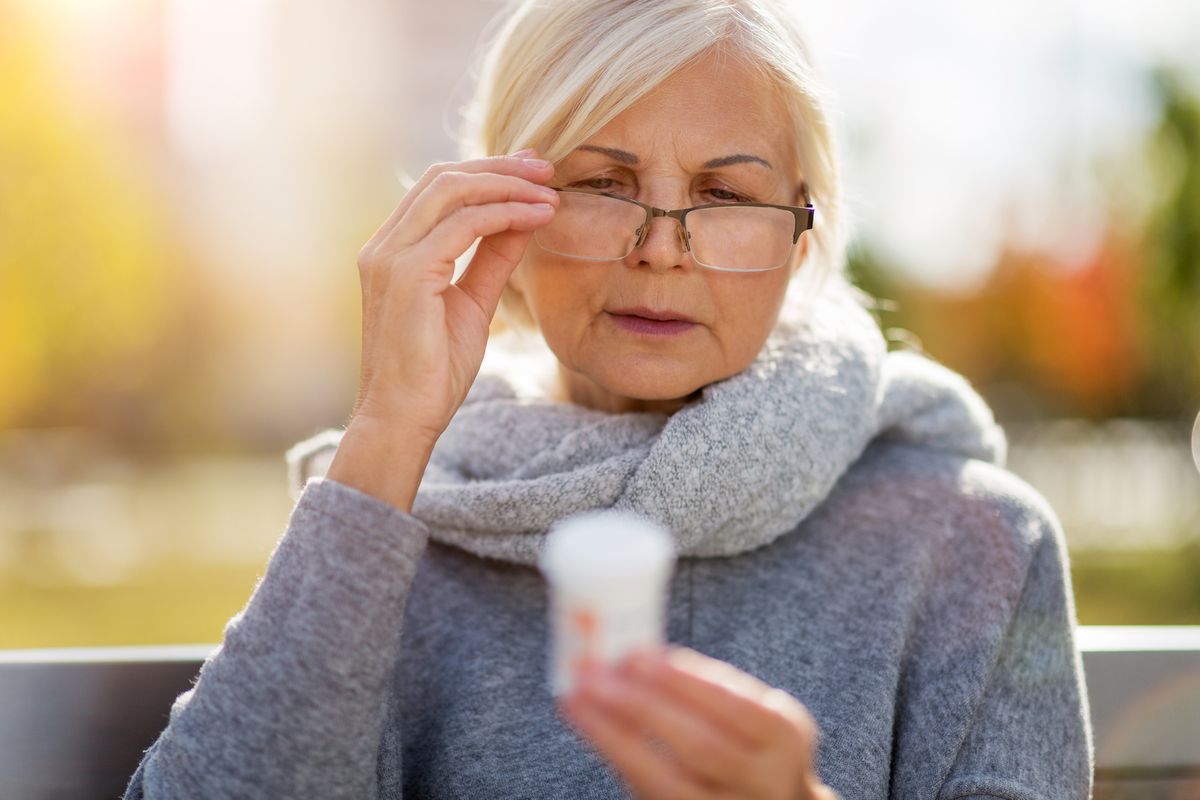 “Sarah” is an active, energetic, and basically healthy, 85-year-old woman.

Many years ago, her physician prescribed meds to her based on the "one-size-fits-all" practice common in that era. Back then, the medical community knew little about the impact neurotransmitters had on the overall mental wellness of an individual.

Doctors would ask a few questions, might take a couple of random tests, and hand out a prescription to help deal with the symptoms of fatigue, anxiety, and other mental conditions as well as physical pain. Treating the symptoms, not the cause, was the standard practice twenty years ago for physical symptoms caused by brain & body chemistry conditions—there just was not a lot of medical knowledge on hormones and neurotransmitters back then.

She had continued taking the meds, despite struggling with the symptoms and side effects. Recently, Sarah felt ready to get an updated perspective of her underlying condition. She was curious as to whether there were more current alternatives to all the meds.  She chose to have her neurotransmitters tested.

Sarah's Choice to Test Her Neurotransmitters

* The comments below are for information purposes only, and are not to be construed as medical advice.  These suggestions are not intended to diagnose, treat, cure, or prevent any disease.  Comments are related to  a specific individual and may have completely different results from yourself. Please consult your healthcare practitioner for diagnosis and treatment.

Sarah is socially engaged with her neighbors, a leader in her religious community, an avid gardener, and lives a full life.

Seventeen years ago she began seeing a psychotherapist for her mental health, and a physician for her medical conditions. She suffers from arthritis pain, severe insomnia, struggles with poor memory and vacillates between anxiety and depression.

Her physician has Sarah taking Trazodone, an SSRI for sleep; Clonazepam, benzo for anxiety; 2g of a GABA supplement, for anxiety; acetaminophen (analgesic) and ibuprofen (NSAID), for her arthritis pain; and a melatonin supplement for sleep.  She wondered if there were a better alternative to the ongoing daily consumption of the benzodiazepine, analgesic, and NSAID.

In 2021 Sarah decided to try something different.

She was tired of taking pharmaceuticals. She spoke with her long-time psychotherapist and expressed her desire to find a healthier alternative to all the pharmaceuticals. He was aware of the rapid advances in lab testing and the results provided giving a clear picture specific to the individual. Conventionally trained doctors can't keep up with the variety of lab tests that detect hormone and neurotransmitter imbalances and he believed that they could find a more natural solution. The neurotransmitter test chosen was able to highlight the areas most likely to be the source of anxiety, depression, insomnia, and poor memory.

The neurotransmitter test selected measures the levels of:

Sarah and her therapist weren’t surprised by the neurotransmitter lab report.

There were three neurotransmitters and three hormone levels that were out of the optimal range—each directly correlating to her symptoms. 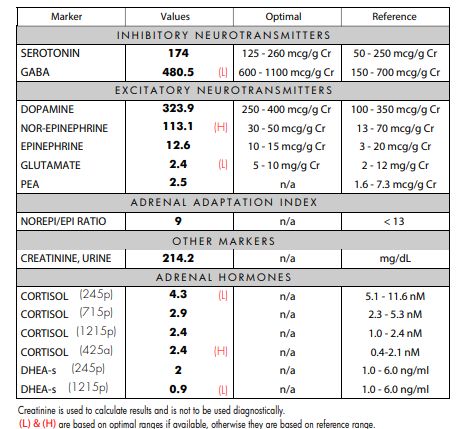 Keeping the inhibitory NT's and excitatory NT's in balance to one another is essential in avoiding anxiety, depression, fatigue, sleep disorders, and other conditions.

Excitatory neurotransmitters are not necessarily exciting – they are the "on switch" that revs us up to get going. Those that relax brain activity and help create balance are called inhibitory.

Upon interpreting her results, the lab consultant and her therapist could see that her inhibitory neurotransmitters that controlled her sleep cycle were out of range. The lab results also indicated that some of her current treatments were likely creating issues that were preventing her from finding relief. On top of that, Sarah had three levels of stress hormones that were suboptimal which likely contributed to both her anxiety and her insomnia.

GABA is a primary inhibitory neurotransmitter that promotes calm and manages sleep. Sarah’s GABA levels were below the optimal range, even though she was taking a very high dosage of GABA supplements, which was concerning. It was a sign of a “leaky gut” which is an inability of our stomach to adequately absorb nutrients. It’s a common side effect of continued use of Ibuprofen, which Sarah was taking for her arthritis pain. Taking excessive amounts of GABA is known to lead to symptoms of anxiety and heart racing. Her glutamate levels were also low, glutamate is the precursor to GABA.

Sarah’s norepinephrine levels were high which was also likely a factor in her anxiety since norepinephrine, also known as noradrenalin, is an adrenal hormone that is responsible for our body’s stress response. This imbalance is commonly caused by continued daily use of acetaminophen, which was for arthritis pain.

Cortisol is another one of our body’s major stress hormones. It fluctuates throughout the day in an ebb and flow that is called the diurnal cortisol curve. It is most commonly at its highest level in the morning when it wakes us up, and lowest level at night, right before we go to sleep. The opposite of this norm is true for Sarah.

Her levels of the stress hormone cortisol were higher than optimal when she was preparing for sleep, which leads to insomnia and restlessness, and significantly lower than optimal after she had woken up leaving her feeling groggy and apathetic.

Sarah had been taking an SSRI called Trazodone for sleep for years along with melatonin but was still struggling to sleep.

Sarah’s test also indicated that one of her DHEA-S levels was low. DHEA-S supports memory and hippocampus health and also has been linked to depression.
Her serotonin level was optimal but could likely be an issue that is masked by her SSRI Trazodone that she is prescribed for sleep.

Based on these findings, her therapist came up with a plan for Sarah to hopefully address the root of her symptoms and to be able to safely wean her off the pharmaceutical medications she was taking, with the involvement of her physician's supervision.

When you know you have done everything you can to manage your moods—yet continue to feel despair, anxiety, or apathy—it is time to consider testing. 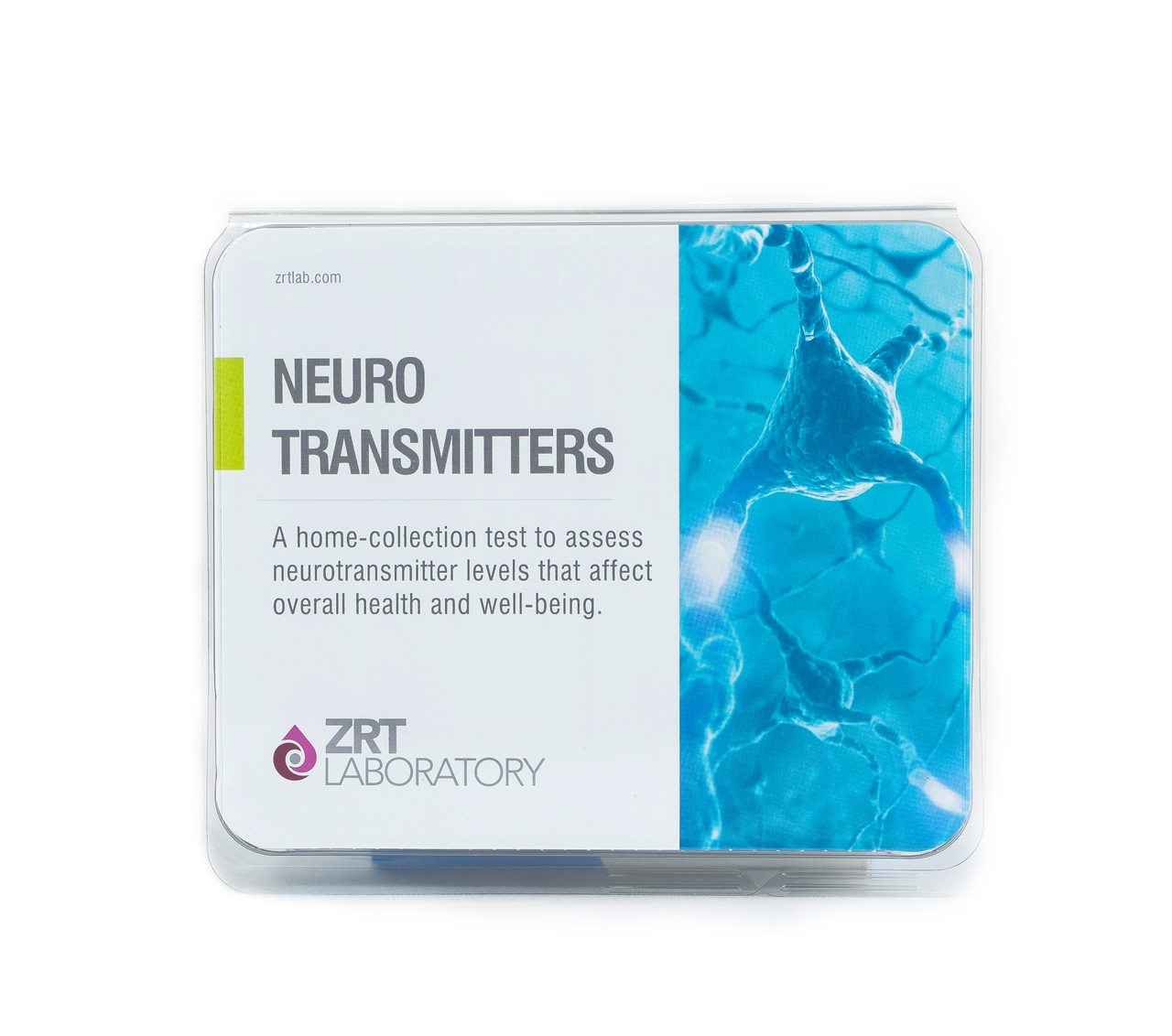 Balance Your Hormones to Boost Your Brain Power

How Do Hormones Affect Emotions?