Mild to moderate depression affects up to 10% of the U.S. population.

Depression is the third most reported chronic health condition in the U.S.

Most family practice providers, internists, and specialists will see some degree of mood disorders in their practices. Virtually all clinical reports on mood disorders identify neurotransmitter imbalances as contributors to either the root cause or the symptoms of depression and anxiety.

Addressing neurotransmitter imbalances is a highly effective approach for successful clinical outcomes in terms of targeted treatment, cost and compliance. 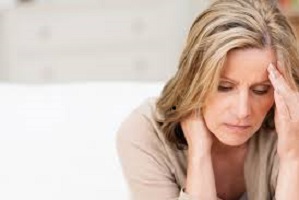 Clinical symptoms of mood disorders can be grouped into three basic categories:

Neurotransmitter imbalances are associated with all of these groups, and many individuals experience a combination of symptoms that may span all three categories!

Exploration of the underlying biochemistry of these symptoms often leads to the identification of imbalances in two key neurotransmitters -- serotonin and norepinephrine. A disruption in the balance of either, or both, of these neurotransmitters, represents a common neurochemical shift that results in mood changes.

Serotonin imbalances are associated with:

Norepinephrine imbalances are associated with:

Although serotonin and norepinephrine imbalances are often the primary culprits responsible for mood disturbances, dopamine, GABA, glutamate, estrogen, progesterone, cortisol, and testosterone imbalances can all play a significant causative or contributory roles in mood disorders. Addressing each of these neurotransmitters and hormones simultaneously is the most efficient route to wellness.

Dopamine is responsible for regulating the pleasure/reward pathway, memory, and motor control. Many stimulants cause dopamine to be released into the neuronal synapse, which can lead to a reduction in demand for dopamine and contribute to depleted levels over time.

GABA also plays a significant role in maintaining mood because it is essential in balancing the excitatory effects of norepinephrine, epinephrine, and dopamine. Neuroexcitatory overload can raise demand for GABA. Low GABA levels also contribute to mood disorders and may be associated with anxiety, worry, and poor impulse control.

Glutamate is a major excitatory neurotransmitter in the CNS and is involved in most aspects of brain function including cognition, memory, and learning. Due to its excitatory role, high levels of glutamate are often associated with panic attacks, anxiety, and depression.

Sex hormones play a role in mood disorders as well. Estrogen increases serotonin receptor sensitivity, increases serotonin production and serves as a dopamine modulator. Progesterone is a GABA agonist and has a significant effect on the body's HPA axis to manage stress and maintain a balanced mood. Fluctuations in both estrogen and progesterone, as seen in women of all ages, correlate to fluctuations in these mood-regulating neurotransmitters.

Testing both neurotransmitters and hormones provides a comprehensive and foundational view of the body's functional neuroendocrine status, and brings to light multiple factors that contribute to symptoms, allowing for defined, targeted treatments and improved clinical outcome. 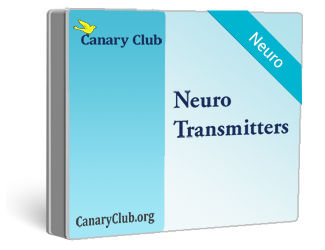